Our goal is to offer the highest quality mortgage resources and advice to our users for free.

How We Make Money

The listings that appear on this page are from companies from which this website and the data provider may receive compensation, which may impact how, where and in what order products appear. Compensation is higher for featured placements. This table does not include all companies or all available products.

We may receive a fee if you click on a lender or submit a form on our website. This fee in no way affects the information or advice we provide. We maintain editorial independence to ensure that the recommendations and insights we provide are objective and unbiased.

The personal loan offers that appear on this site are from companies from which GuideToLenders receives compensation. This compensation may impact how and where products appear on this site including the order in which they appear. GuideToLenders does not include all loan providers or all types of loan offers that are available.

GuideToLenders is not a loan provider but only matches you with lenders that may extend a loan to you. All loan approval decisions and terms are determined by the loan providers at the time of your application with them. There is no guarantee that you will be approved for a loan or that you will qualify for the rates displayed. The offers and rates presented on this website are estimates based on information you submit to us. Your actual rates depend on your credit history, income, loan terms and other factors. Reasonable efforts are made to compile and maintain accurate information. However all loan rates and terms, including APRs, are presented without warranty and are subject to change by the loan providers without notice.

Community
»
Mortgage Blog
»
If the Fed Raised Interest Rates, Why Did Mortgage Rates Go Down?

If the Fed Raised Interest Rates, Why Did Mortgage Rates Go Down? 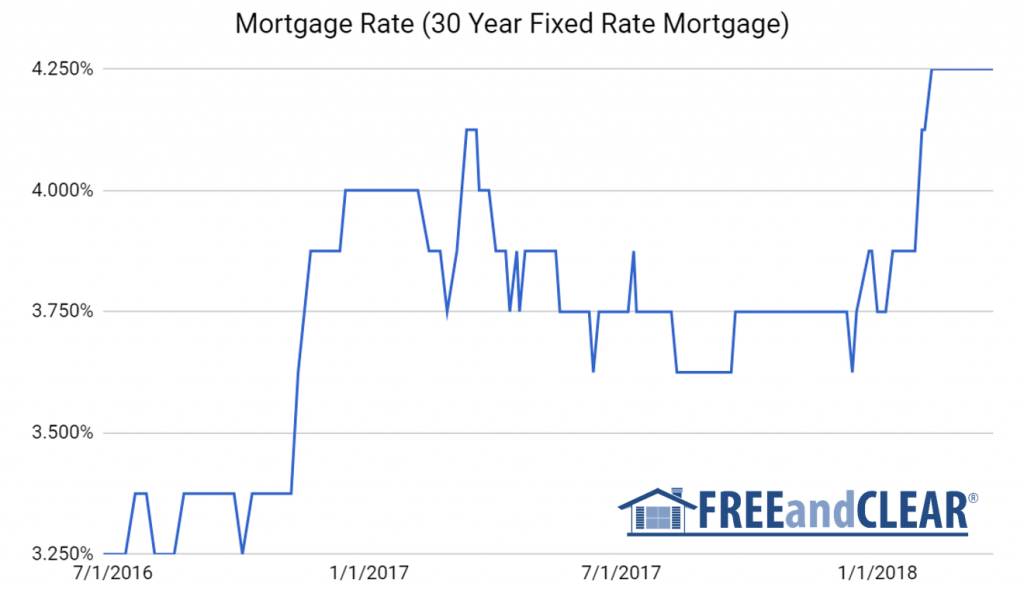 Last week’s events teach us several important points about mortgage rates.  First, one of the most important determinants of mortgage rate pricing is market expectations.  The Federal Reserve had forecast its interest rate hike for several months so lenders were not surprised by the news.  Most mortgage lenders had already factored in the Fed’s rate increase into their mortgage rate pricing before the Fed’s official announcement, which helps explain the response, or lack thereof, by mortgage rate.  It is safe to assume that mortgage rates would have reacted differently if the Fed had raised interest rates by more than a quarter point or if they significantly changed their forecast for future rate increases, because this outcome would have been much different than what the market expected.

It is also important to realize that Federal Reserve has more policy tools at its disposal than the Federal Funds rate.  For example, the Federal Reserve has the ability to purchase securities in the open market to help implement policy mandates. During the great recession, the Fed purchased billions of dollars of mortgage backed securities and other debt products to help support the mortgage market and keep rates low.  While the Fed has stated its intention to “unwind” its balance sheet and sell down its portfolio of mortgage backed securities, it may also buy mortgage backed debt from time to time to stabilize the market. In other words, the Fed may be operating behind the scenes to prevent a rapid rise in interest rates.

A final point to highlight is that while the Federal Reserve is a very important factor in determining mortgage rates, it is not the only factor.   Other inputs like bond pricing, treasury yields, the stock market and other economic indicators also significantly influence mortgage rates. For example, the day after the Federal Reserve’s announcement, the stock market plunged in response to concerns over a potential trade war with China.  Investors sold stocks and bought bonds and treasuries, which caused yields on those securities to go down. Bond and treasury yields are one of the key inputs to mortgage rate pricing so when yields decline, mortgage rates typically decline or remain steady at worst. So in essence, mortgage borrowers can thank trade tariffs for helping to keep mortgage rates low.

Last week’s events remind us that in the near term, mortgage rates are unpredictable.  The Fed raised rates, yet mortgage rates were flat-to-down. Market expectations, bond yields and a multitude of other factors can cause changes to mortgage rates on a daily or even sometimes an hourly basis.  On any given day, mortgage rates may or may not respond to the Federal Reserve’s actions.

Over the long term, however, mortgage rates tend to move in the same direction as the Fed.  So while we may have been surprised that mortgage rates dipped slightly last week, it was likely only a temporary reprieve.  With the Fed reiterating its forecast of at least two more rate hikes in 2018 and potentially four rates hikes in 2019 we should expect rates to continue to rise over the course of the next twenty months, even if they occasionally dip along the way like they did last week.

Although there are no guarantees with mortgage rates, the Federal Reserve usually wins in the long run.  The next time the Fed raises interest rates, we may not be able to count on a potential trade war to hold mortgage rates down.  Given this dynamic, prospective home buyers and borrowers looking to refinance may benefit by acting sooner rather than later.

%
Current Mortgage Rates in Ashburn, Virginia as of September 28, 2022
View All Lenders

Data provided by Icanbuy, LLC. Payments do not include amounts for taxes and insurance premiums. Read through our lender table disclaimer for more information on rates and product details.
About the author
Michael Jensen, Mortgage and Finance Guru

Michael is the co-founder of FREEandCLEAR. Michael possesses extensive knowledge about mortgages and finance and has been writing about mortgages for nearly a decade. His work has been featured in leading national and industry publications. More about Michael